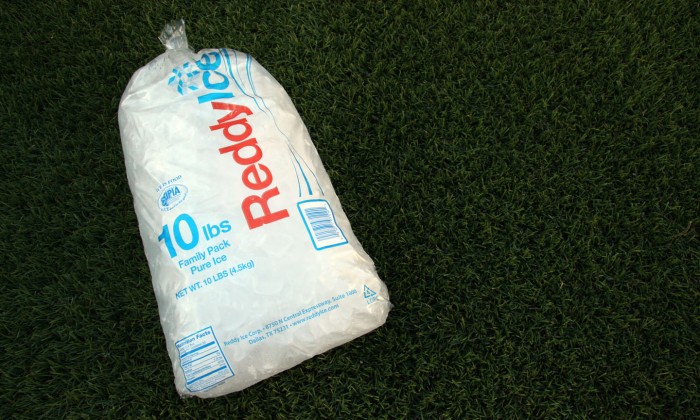 I do not accept the Ice Bucket Challenge, and I nominate no one.

You’ve heard of the Ice Bucket Challenge, of course. (If you haven’t—well, maybe you’ve been rereading Harry Potter exclusively for the last month. In that case, carry on!) And chances are, you’ve taken a deliberate action as a result of the challenge, whether it’s dousing, donating or dodging.

Disclaimer: I have no qualms with anyone who has accepted the challenge, or who hasn’t. If you’ve made a video and donated money, or if you’ve done none of those things, there is no judgment from this side of the keyboard. Furthermore, congrats go to the people at the ALS Association who had a hand in this campaign, which as of Aug. 24 has raised $70 million.

Me? My nomination came Monday. Not this Monday, mind you. Last Monday. So much for “you have 24 hours.”

First, there was the flush of pride to be invited to something that’s so quickly taking over the internets. A fraternity of sorts. To be in the company of Will Smith, Lady Gaga and Kermit the Frog is quite an honor.

I bought a bag of ice, which is now taking up valuable ice cream space in my freezer. My wife explained to my 3-year-old that yes, I was doing this by choice and no, I would not be too cold. (He really was concerned.) I went so far as to write a script for my video and accompanying social media posts. OK, maybe I wrote a couple versions.

But really, all this agonizing was a stall tactic. There had to be something else going on here, some other reason why I hadn’t yet taken the plunge. I just hadn’t put my finger on it.